SRPK - An easiest way to get the Government Job in India

Users get excited when they discover the difference SRPK makes to their career.

I am a recent graduate of B.Tech. in ECE.Now after being unemployed for over two years, I'm scheduled to start my new career job in BSNL. A special thank you to SRPK for helping me get into this job.

Very Positive! Staffs are always helpful and obliging. Also they found me the exact job that I wanted in the location that I wanted. They also helped my friends to get some suitable jobs

The service received has been very good.SRPK team has been in regular contact with me to provide information regarding my applied jobs, upcoming jobs, my orders etc

Really great service given by SRPK, I have been pleased with the regular contact and when I have a query, SRPK have always been there to help. 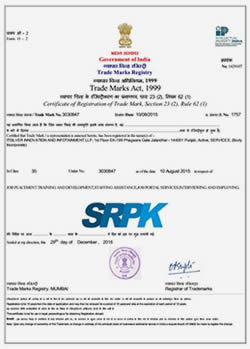 Verified and Approved For

This Website is fully secured and verified. Payment Transactions on the site are protected with up to 256-bit Secure Sockets Layer encryption.